We all have that one friend who has their entire zombie apocalypse plan set in stone with every contingency taken care of, and any possible scenario has been handled ahead of time. No matter how or when it happens this person will be ready and with bells on!

But what if you aren't ready and don't have a plan? And most of all, don't want to be zombie chow in case it does happen?

Well we've done the research to find out the 15 most helpful things that you can plan for and have prepared﻿﻿, should a zombie apocalypse come to fruition. And no one knows for sure if it will or not, but it's best to be prepared. Just in case...

We're not fear mongering and hoping to get you nervous out of your mind in fear of this situation happening tomorrow. Instead we are taking a light hearted approach to this subject in hopes that you learn from this information and come away from it with more applicable knowledge and the resources to make changes to your life as you see fit. No one can know if this will happen and even more no one can tell you accurately what you should do in a situation like this. So just keep that in mind as you read.

We are just giving you our opinion.

We believe that it's fair to say that should a zombie apocalypse ever break out, that there needs to be a time at the beginning or even right now, where you gather yourself mentally and make peace with what's going to need to happen. It could be a blood bath or it could be sentimental destruction that sets you off. Either way you need to prepare mentally.

There will be lives lost, some at your hands and some of those lives lost could be those closest to you. And the more you accept that in the beginning the better of you will be in terms of mental stability in the long term.​

But don't let it bog you down now, live life free of the worries of the future, but don't be ignorant about it.​

Obviously the internet is still working, so you've go plenty of resources to find lists upon lists of things to keep on hand for when the outbreak happens. But if you have zombies looming over your shoulder and this is your last internet read then here's﻿ what is most essential: Note that we didn't suggest your laptop, ipad, sudoku puzzles and your dog.

While all of those things might be important to you, there's no room for them if you're in this type of situation. Because the name of the game is to keep it lite and to keep it necessary. If your iPad doesn't have an app with killing power then it's gonna have to stay home!

3. Transportation (Diesel Is More Than Just A Compliment)

Saying something was "diesel" before used to be a compliment. But now you need to think in terms of survival and how to use this invaluable resource in desperate times.

You're best bet for transportation is either a self powered option, or diesel. As for self powered vehicles, the world is making some amazing strides in transportation. So getting your hands on one of these new contraptions now won't be too big of a problem!

However if you're wanting something with more horsepower, then we recommend a military vehicle that runs on alternative fuels. And we really mean ALTERNATIVE fuels. Some of these convoys can run off of fermented leaves as well as rotten kerosene.

4. Download and Print All the Military Guides and Tips You Can

This one seems so simple, but seriously how much headache could these "heroes" in the movies avoid if they took the time to just print these out once and keep up with them.

From things like making a fire, to how to determine the structure support of your shelter.​

The fact that printing one of these simple guides would make life easier, I guess is only rivaled by the fact that it's just as easy NOT to do it.... So do your family and yourself a favor and print on of these out to make sure that when the time comes, you'll at least have a handle on how to take care of them and yourself.

Look folks it's not gonna be like Doom when this stuff hits the fan, and you have a myriad of weapons to choose from and cycle through while you're in the heat of a battle!

The guys at Myth Busters did a fantastic ﻿﻿job of protraying why it's such a bad idea to think that the video games you play at home could translate to real life. Even if you are a 220 lb beast of a man, how long are you going to be able to move like that and survive LONG TERM with all that equipment.

So keep it as simple as possible, a baseball bat, hand gun and survival knife will more than suffice.​

When we see the characters in a show or movie with a long range military riffle it's almost impossible to believe that they have any idea what they're doing with it. Most civilians don't know how to control something stronger than  a deer rifle, let alone a .50 Barrett sniper riffle. So don't do it.

How many times have you seen this one?

The new comer to the group has a secret. They don't want to tell the people that just took them in that they got bit by a zombie an hour or two ago. So instead the tell the new friends that they just aren't feeling well and are going to go lie down. And they get up as a zombie and kill half the crew.​

Don't make this mistake. Instead if you're going to take people in as a charity case, make sure that they're fully examined first. Some may see this as an invasion of their privacy, but you'll see it as watching over your own.​

And in addition to that make sure they are put into quarantine for at least one full day to observe behavior.​

While they're in quarantine, make sure there is a CAPABLE guard there to watch them. Don't just grab your nephew and stick him on guard duty. Get a qualified person who knows what to expect and won't be caught off guard.

Granted you're going to get a little more favorable attention if you're a female in skimpy tank tops and short shorts, but as a general rule you need to wear something that's going to keep you from getting infected. Not boost your bust. ONE IS ACCEPTABLE AND ONE ISN'T. We'll leave that to you to determine.... 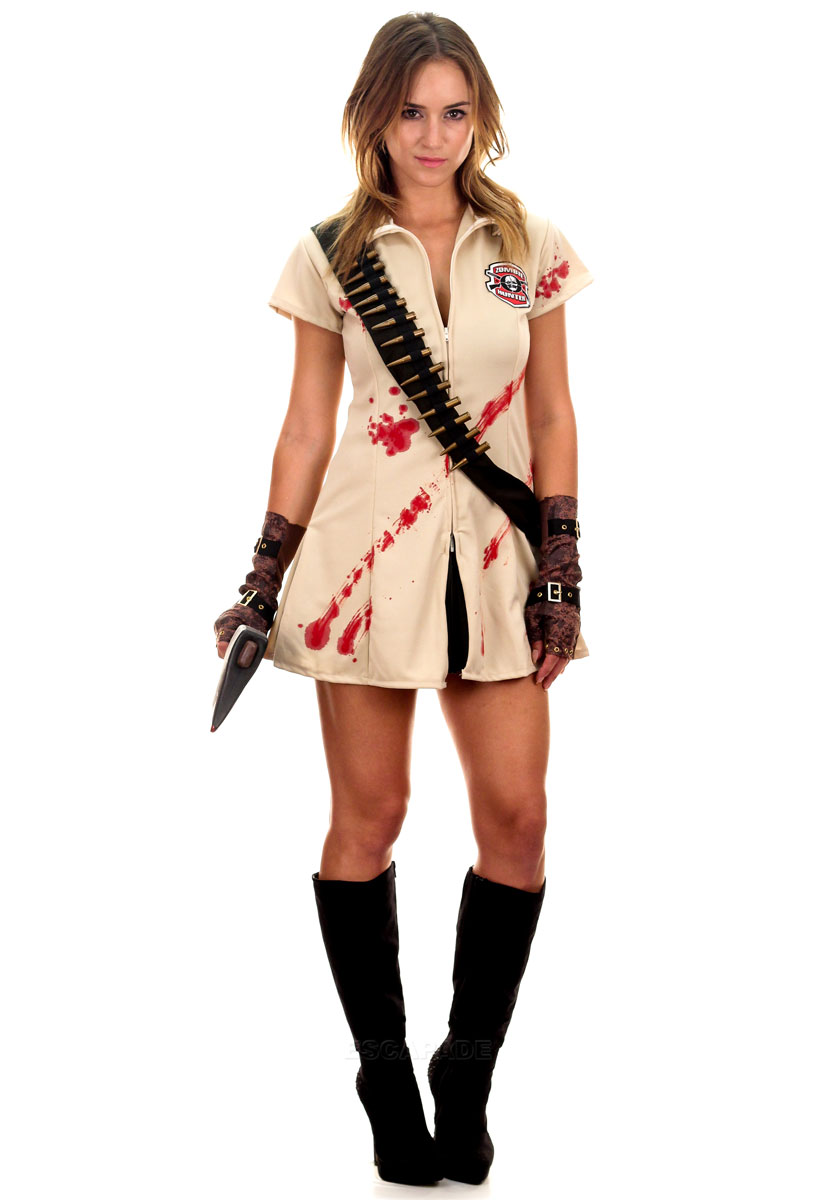 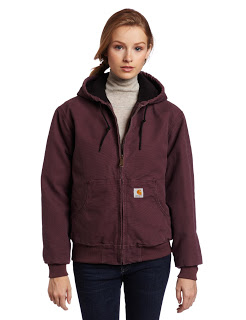 All of this stand your ground business is for the birds in our opinion. There's not much worth defending on this earth that a few well trained fighters or a horde of zombies couldn't take from you. ​

We saw in the Walking Dead that even if you have a whole prison with armed civilians inside, all it takes is a pissed of person with a tank to take that from you. So don't get too attached to staying in once spot, and remember this one phase:

So don't commit to hunkering down for too long in one place at all. What would be a better strategy is if you had a large amount of land to move around on and cycled camp grounds that you knew were safe every so often. That way you're technically staying in one spot, but also staying on the move just in case something goes down at one camp site.

If we had to quote the most talked about "perfect plan" is the age old argument of, I'd get a boat and some supplies so I can sail out to an uninhabited island and wait it all out.

And that sounds great, in theory...

But how practical is this plan really? I mean you're assuming that you're going to be able to get to your boat, and what if some dummy zombies happened to try to pile in on one side and capsize it? What if other people had that same idea and died of a sickness on the island and got you in your sleep? In our opinion this might be a very good plan, but you can't plan for everything that could go wrong and you shouldn't waste your time trying to do that. If you do want to flee to the sea then you first need to get a boat. Then you'll need to find a private island that no one else has thought of.

And once you have that figured out, you'll want to learn how to survive on a dessert island that could potentially not have enough resources to support more than a few people. Then hope and pray that no drifters happen to find your safe spot once you're there.

It just seems to be more trouble than it's worth to go to sea. And odds are that you'll get pushed back to land eventually.

​There seems to be a lot of tension around this subject, but the short and skinny of this situation is that humans can plan and zombies can't.

So the advantage goes to the humans, and what's even better is if you have more heads to put a plan together.​

And true, you might get a few goobers who just don't offer much to the group, all in all having more people around will offer more opportunities for resources. Should you get a few goobers in your group, it's not like survival of the fittest won't kick in. So just be gracious to all you meet and don't be too naive when encountering new people.

The people have spoken, and these are the most common things that people would do in the zombie apocalypse movies that the characters don't. If you have any more to add then we welcome your comments to enlighten ourselves and our readers.

Let's grow in knowledge together.