Kershaw is one of those brands that was started in the golden age of America, 1974. This was close to the height of American pride and willingness of businesses to keep production in the states.

But what you, like most people, are wondering is if the quality of these blades will keep up with the low prices. Because with most knives you get what you paid for, and since Kershaw is known for being a less expensive knife it gets a bad rep as a cheap blade. And while it's not the best in the world, Kershaw knives are exceptional for the most part!

At a Glance: Our Top Picks for Kershaw Knives

Like it was discussed a second ago, the fact that these knives are less expensive doesn't mean their quality suffers. From the Kershaw Scallion ($23) to the Kershaw Rip Cord ($95), the same care and attention to detail goes into these knives.

Kershaw has helped increase the popularity of the assisted open feature for pocket knives. This is similar to a switch blade, but instead of a button triggering a spring to release the blade, you have to open the knife to a certain point to engage the spring. This is a handy feature if you're not able to use both hands or need the blade quickly.

Review of the Best Kershaw Knives

Here's our complete write-up of the best kershaw knives of the year. These top picks are on Amazon, so be sure to grab yours asap. 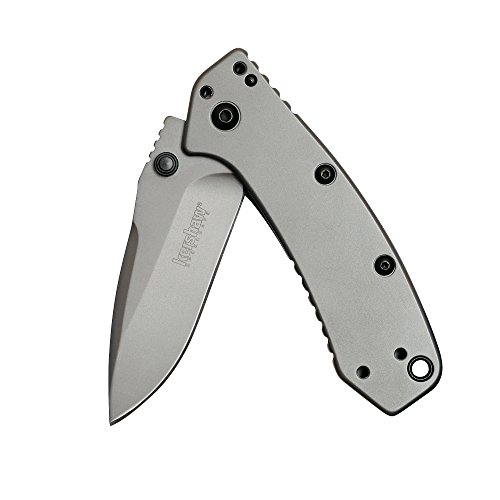 If the budget is an issue, then this is the Kershaw knife for you. At $25 this knife has everything you're going to need for an every day carry and beyond. One nifty feature about a knife this inexpensive is the quad carry clip that allows for movement instead of being locked into place. That can come in handy if you're wearing tighter fitting clothes and don't want the knife to pinch while it's in your pocket at work or moving around.

Also the finger hilt is a great touch in case you need to use it to puncture something. That way your fingers wont slide over the handle and onto the blade. You know Kershaw is always trying to look out for your digits! 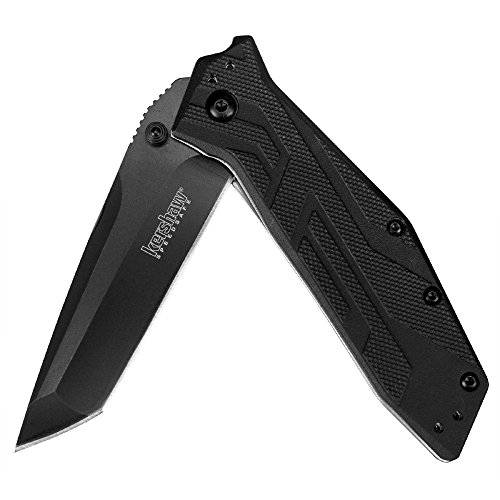 Kershaw is keeping the Japanese sword recycling alive with the tanto blade on their 1990 Brawler. The tanto blade isn't the only fascinating thing about this knife though, the finger hilt on this knife is perfect since the tanto blade is mostly for puncturing. This means there's a less likely chance that you'll have your fingers slide over the blade.

Because this knife is more for self-defense rather than general use, most of the people who get this bad boy on amazon are active duty military. Not to say that the general public can't buy them, but this isn't a knife you own unless you're expecting trouble. 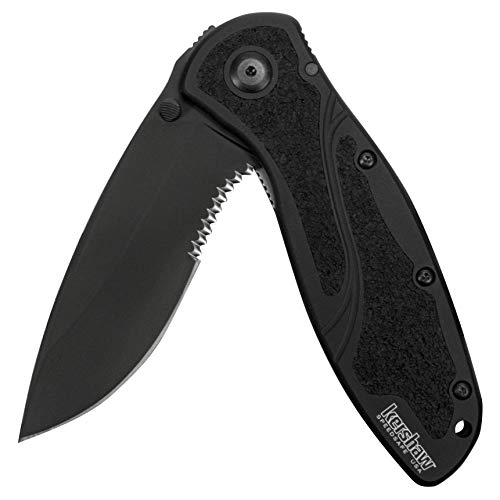 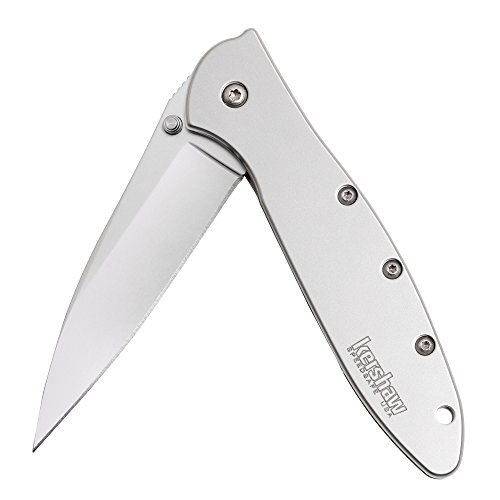 The Leek from Kershaw is the basic everyday carry knife that most people own. There's not much that's special about it, but that's one of the highest selling points that draws people to this knife.

And of course it has the speed safe assisted open. So all in all this is the knife you get if you just want a basic blade.