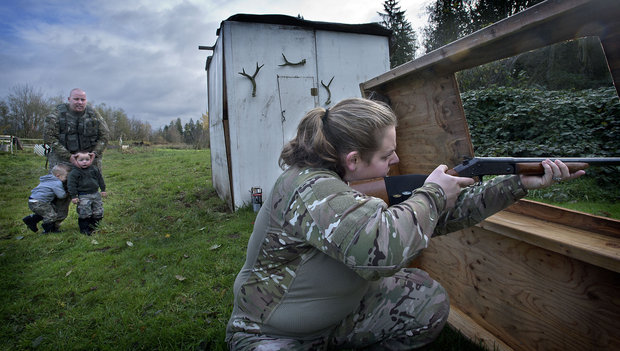 Being a prepper and having lots of survival stuff could make you a target to those who you might encounter in a post government/apocalypse time that would want to take your urban survival gear or any food storage you've worked to put on your survival food list. There are people who consider themselves preppers, but want to skip the cost heavy and time consuming phase of storing food and supplies to just take yours.

This isn't too far fetched of a thought given the state of our rapidly declining society.

In this article we will go over how to avoid being the prepper who gets raided and has everything they’ve worked so hard for taken from them.

Risks That Are Present NOW

As a prepper you are a person who has years of stored food and resources in your house, or at least somewhere nearby. This is a fantastic idea and will be an incredible asset to get you through a catastrophic time when food is a sought after commodity.

I’m sure you’ve also built up an arsenal of weapons and defensive skills to keep those out who might want what you’ve worked so hard for.

However, let’s look at this situation from the eyes of someone who’s looking to get what you have. You're the first person people will look to raid before they go to a survival store to spend their own money.

Our first example is a local threat, let's assume that the neighborhood watch comes by and mentions that they've noticed you bring home more groceries than it seems your family can eat, they ask you what you do with it and why you're storing it. Once you tell them they will likely walk away and think that you're bonkers (as sheep normally do).

But once the stuff hits the fan who are they going to think of first? The person who saw all of your preparation coming and is prepared!

Congratulations, you've made it to the top of the kill list! 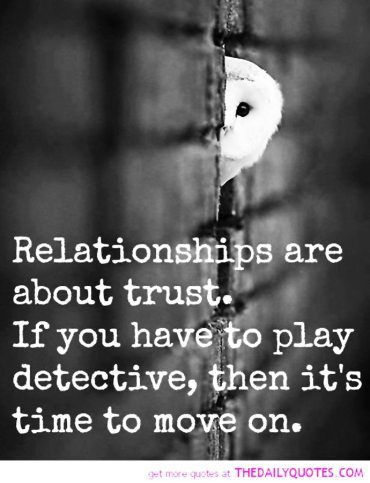 Why would your friends and neighbors want to steal your stuff and raid your house? The truth, as I'm sure you'll agree, once everything goes down your primary concern is to take care of your family. And in your "innocent neighbors" eyes, that might justify coming after you and your preps.

Whether they wait till the stuff hits the fan, or attempt to take your resources now, people you trust with this information need to be either benefactors of your prepping, or like minded individuals who have their own preps and urban survival gear.

It would be more like a mob than individuals trying to assault your home. They would tell friends who would tell friends and so on until you have almost a hundred people outside your house ready to do what they have to in order to get your resources.

This isn't to say that you should wall off your house and never let anyone see your movement, it just means that there are people with ill intentions. And when the stuff hits the fan you don't want the whole neighborhood showing up at your door for supplies. Things could turn hostile real quick...

These could be considered lies if you're a morally righteous person, but for the sake of your loved ones it might be worth bending the rules.

2. Burglars (These Ain't No Hamburgalers Either)

If the wrong person gets wind of all the amazing food storage you have in your house, and they ponder to themselves that they'd like to have some free groceries or medical supplies. You can guess what happens next.

Why would a burglar want your preps? Well I've honestly tried to stop figuring out the mind of thieves and low lives of this sort. There's no real rhyme or reason to why they do what they do. It gives them a rush, and or they don't care about anyone else but themselves. These people probably aren't foolhardy enough to attempt a simple break in when you're not home. If they realize you're a prepper, or have a clue, they've assumed you have alarms set up throughout the house, and have firearms they don't want to be attacked with.

So how they would go about it. They'll study your habits and wait for the opportune time to strike, most likely at night. Whether that's in the dead of night or when there's a shift in routine and there's limited people at the house.

You need to run a very tight ship and keep a schedule, but not an obvious schedule. If you have outings scheduled routinely now, shake up that routine some and switch the people who are driving, staying home and switch people's chores/routines in the house.

Preppers in general are a hard working bunch and do their duties to prepare themselves and their families with what income they have, there are those who want the same benefits for no money, they don't want to support the same survival stores that you do. And if you're looking for a resource to help you discover what's really WORTH buying, apartmentprepper has an extensive amount of content devoted to unbiased and helpful reviews.

There have been no "reported" stealing of other preppers supplies, but the concern is growing with more and more people coming into the fold.

Why would they want to steal your preps? Because they're lazy or don't see it as important enough to spend their own time and money on these things. How are they finding out who has preps? Again thankfully there've been no "confirmed" reports of preppers who've been swindled (probably because if this happens there would be no loose ends, if you know what I mean). But there are reports of people who are going to forums and chat boards posing as new preppers who need "help". This lures in the soft hearts and easy prey.

They extract information from the people who are trying to help by asking questions like where do they keep their preps, what all do they have on their survival food list, do they live alone. And eventually they either try to narrow down where they live, or the brazen ones request to meet them in person. You can guess what happens from there...

The dangers to watch out for before the grid goes down or the government collapses are minuscule compared to those we'll face after all of the drama. If you thought that fighting off neighborhood watch or your local paper boy was rough, just imagine a band of 20 marauders who might be after more than just food and supplies from your family.

These are graphic and dark thoughts, but a reality non the less.

Thanks to mainstream media, when we think  of marauders we have this idea of motorcycle thugs with wild hair, tires for clothes, goggles and loud bandits. But unfortunately they won't be that easy to spot.

Marauders won't stand out because that would give their intentions away

How will marauders penetrate your defenses then? They would take a biblical approach and masquerade as an "angel of light" among the innocent, or a wolf in sheeps clothing. And when the time is right you'll wake up with weapons pointed at you and your family, as you get to watch them leave with your supplies and survival stuff. 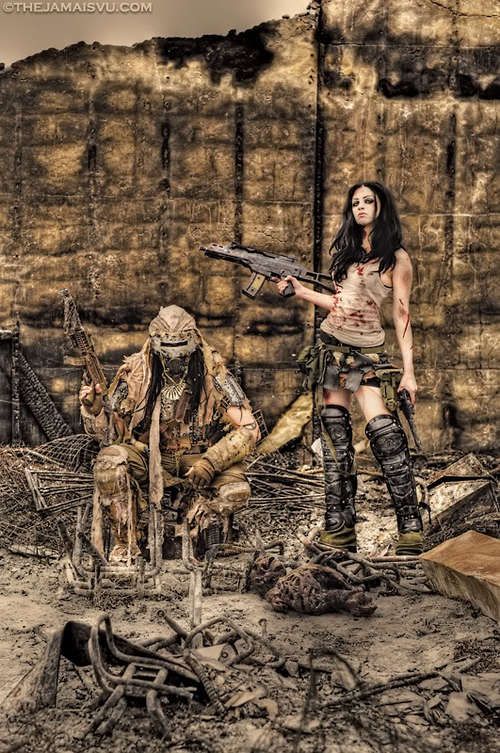 This is the cold reality of the depths of despair that some people will be pushed to, and others will naturally fall into. We can't be upset with it if we understand that they're simply filling their need and happened to benefit from your temporary ignorance.

Anyone who's seen the Walking Dead knows this character. The person who creates communities of safety that come at a price or have a hidden agenda. This hidden agenda could include you giving up your supplies, but then once they have that....why keep you? 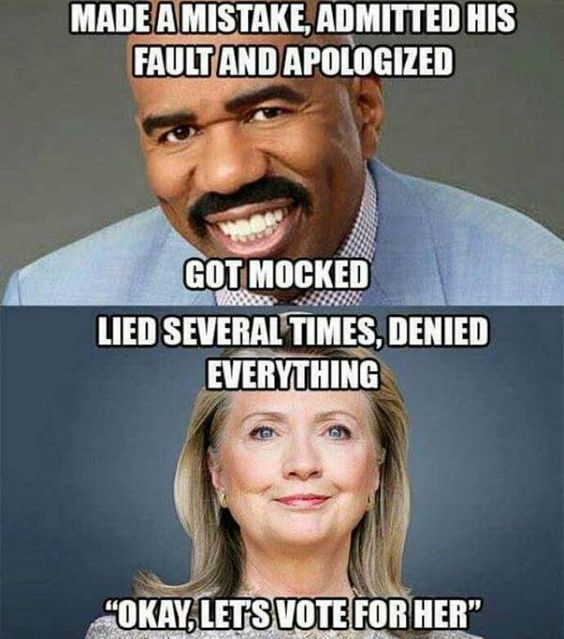 If you run into a compound that seems to be feeding a multitude with little resources you need to be on your guard and not go in with any valuables you wouldn't be willing to loose.

Why would they take your supplies or preps? It's reasonable to assume that a colony could support it's citizens by taking from those outside the colony, i.e. you and your preps. So should someone mention that there's a "refuge" or a "haven" for survivors just remember that if it seems to good to be true it probably is.

How would they get your prepper supplies? Odds are that they would invite you to come into their group as a member for your own safety. They'd likely ask you to give what you had to show that you agree with the mutual reciprocation of giving back to those who helped you. Then they'd blow your heads off.

If you "donate" all you supplies and then "disappear", well then now their group has new supplies they didn't have to scout for.

6. Revolts Within the Group

"It's my way or the highway" or "if you don't like it then leave". And in reality when you're in a post apocalyptic situation where there's no order and guerilla leaders form, it's easy to see a revolt in your group becoming a problem if it's not managed correctly.

Hopefully if you're in a group then you're traveling with your family, and even then there's no guarantee that there won't be problems. But if you have locked arms with strangers for safety this risk increases exponentially.

Why would someone revolt? Well Napolean Hill said it best "There are those who can't do what they're told, and there are those who can only do that". And when someone who can't do what they're told gets to thinking they can operate your outfit better, well you better be ready for some conflict and resolution. Everyone can have an opinion but not everyone can be right.

How would they attempt to overthrow you? It's going to boil down to the situation you're in, if you're walking along after a few days of not eating and everyone's trusting your leadership then there's bound to be one person to speak up and say they can do it better. Whether they can or not is irrelevant, if the people are hungry and desperate enough, then a new leader will at least give them some glimmer of hope. And that could mean you're now dead or alone.

Then there are those that are simply power hungry and will attempt to take you down with force. These people can be pretty easy to spot, they're the ones that will scoff at every suggestion or even call you out to challenge you. Either way these are the ones that should be dealt with before they infect the rest of the group and your supplies become compromised. 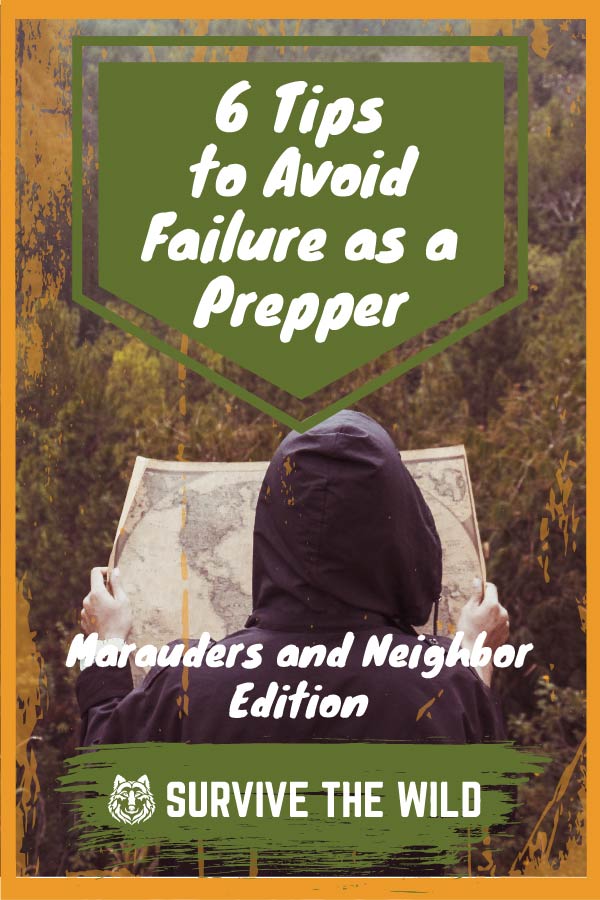